What could be spookier than touring a local New Mexico haunt that’s been visited by real ghosts and ghouls? There’s no creepier way to spend the shortened Autumn Day than on a New Mexico Ghost Tour - you may even encounter some spirits of your own as you journey through local New Mexico houses, cemeteries, and towns that are cursed with spirits of the undead that haven’t moved on from the realm of the living to the afterlife. New Mexico Ghost Tours are often lead by experts, that can give you the history of the Haunt Site, as well as the legend and folklore of the ghosts who make their home. If you’re in for a real scare, going on a New Mexico Ghost Tour of a true haunt is where you’ll find it this Halloween.

Legends, folklore, ghost stories and history come to life as you depart on an intriguing excursion through 306 years of haunted history. Old Town was founded in 1706, and for more than three centuries people have lived and died around the Old Town Plaza. The historic buildings and dark alleys Read More 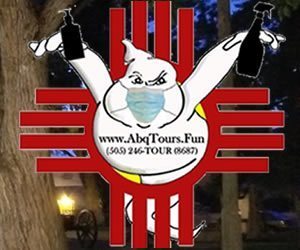